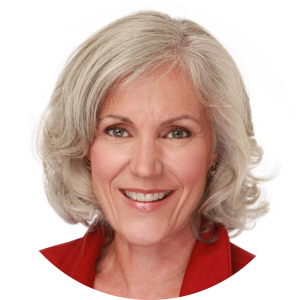 Early in my financial studies the principle of compounding interest on savings was taught and promoted heavily especially as it related to starting to save early so you would accumulate a lot of money to live off in your old age.

Later in my career I began to see how in real life, this concept mathematically was almost impossible for most people and economically stressful to our society as well. Especially, because the concept of negative compound interest on debt wasn’t discussed as much. I have much teaching on this so if this is new to you, read on because it’s critical to understand God’s financial paradigm and how you can navigate the world we live in today in light of the opposing financial view commonly accepted.

In Genesis 26 we read how Isaac sowed in the famine and reaped a 100-fold return. God’s economy is sowing and reaping; giving and celebrating in community. God’s economy is increasing, not decreasing. Our world view of savings says, hold on to what you have, don’t spend and instead take money from your high-income years to put in on deposit so the bank can then lend money to provide access to cash to fuel spending and economic growth.

This is simplified of course, but the result is a rapidly increasing overall debt situation in our society that requires more and more income to pay for the debt. Banks need money on deposit so they can lend 10x the money we have saved. They earn recurring income from interest and cash flow on the debt they have issued, and this increases exponentially. To a bank, compound interest on their assets (our liabilities) is increasing their wealth.

In contrast, t​​​he compound interest we receive on money saved is minimal compared to the leveraged money the banking system receives interest on. To a bank an asset is a loan; to the people, we’re told that assets are savings.  This isn’t about picking on banks either, it’s about helping to open mindsets to new possibilities from shifting perspectives!

In a famine (which could be a personal famine, or the overall economic situation we find ourselves in now with government debt running increasing deficits), the conventional thinking will sell assets, and increase debt to access cash to continue to pay for lifestyle expenses.

The mindset of sowing in a famine is rare and assets are deemed to be limited and scarce. This is because we’re used to thinking of finances from just what we can see, and because we’re looking at what we have access to as individuals, not collectively in community. ​​​​​​
The general accepted money management is to save money for yourself, and build up savings so you can use those savings when your income becomes limited. Sigh…

Why is downsizing the commonly accepted financial plan?

God is always increasing and He expects us to put the assets He gives us to work to produce a harvest that blesses us, others, and overflows in thanksgiving to Him.

So how does the principle of compound interest apply?

It begins with an awareness of possibilities beyond what we can see – God says, ‘exceedingly above all you can ask or think’ (Ephesians 3:20).

​​​​​​​These concepts work positively and negatively, and they work for cash as well as time, and other resources God give us.

When people began to benefit from the systems and paradigm shift from the methods God revealed to me (even before I gave Him credit for the insights) lives were changed and people wanted the benefits themselves.  When the business came to a dramatic halt, even people who weren’t directly involved left and the negative compounding seemed to prosper.

Isn’t this what happened with Jesus?  The multitudes saw the signs and wonders and miracles and flocked to receive the benefits they saw others receiving. Yet, the same multitude chanted for Barabbas, the murderer to be released when Pilate gave them the option of him or Jesus.

Group mentality and social proof influence our thinking more than we care to admit.

I’m the first to admit today that I let the rumours affect my decision-making and my confidence. That had a compound affect because the weight of rejection, self-doubt, etc. built walls in my thinking, limited my energy and it was harder to hear from God or even act on my own strength.

Satan was using the circumstances to discourage me despite the knowledge and systems I had in place that had produced so many success stories up til that point.

Knowledge and systems alone, were important in navigating the financial stress, but it was the Holy Spirit who had to be released from the old habits of thinking; patterns of looking to others for affirmation instead of God’s love; patterns of looking at the numbers to see what was coming in or could be sold, instead of standing on God’s promises to provide. The and patterns of fear and anxiety compounded to sabotaged faith. But,

Yesterday, I finally posted some of the past testimonials and accolades from past students.

Yesterday, I also officially asked for a few people to join me in working through the Financial Grace Foundations Training so they could be the new success stories!

This week, I’m also continuing to populate the new online community in preparation for the release of new financial grace programs and the MoneyMinding Today Radio show later this month.

All of this is compounding because  the spark of Holy Spirit that has been fanned through reading the Word and prayer all these years.

The light shines in the darkness and the dark did not consume the light (John 1:5).

On the surface it might seem like we live in economically prosperous times, but they are based on negative compounding interest from our credit-based society and they’re not sustainable given our current methods!

Here’s where you start:

1.  Make sure you connect with us by email and on social media.
​​​​​​​
2.  If you want to learn how to sow in a famine to produce a 100-fold return in today’s economy, you can join me on a journey of increasing compound interest from a financial grace foundation.

3.  If you want to read some of the success stories and tips from these concepts applied to all kinds of real-life situations before bringing the Power of God into the centre of the money story, you can do that here.

4.  And, if you’re just sort of a bit curious, then start with a book, a mini-course, or reach out and let’s talk person-person to see how and where we can best support you for where you are today and where God’s calling you tomorrow! Because I know that God has good plans to prosper His people through financial grace and I am very excited to celebrate His goodness poured into your life!

“Then Isaac sowed in that land, and reaped in the same year a hundredfold; and the Lord blessed him. The man began to prosper, and continued prospering until he became very prosperous; for he had possessions of flocks and possessions of herds and a great number of servants. So the Philistines envied him” (Genesis 26:12-14).

Your enemy will notice when you prosper so let me leave you with this passage from a mighty man of faith, Smith Wigglesworth, writing in 1918, “John says, He [Jesus] was the light of life, increasing in fullness until wafted away entirely, in substance the fulness of God. Exceedingly abundantly above all we can ask or think. How can this be fulfilled in my, you say? It is filled there in the glory! But, it’s a tremendous thing! God will have to do something! Beloved, it is not according to your mind at all, but according to the mind of God, according to the revelation of the Spirit. Above all you could ask or think! The blood has been poured out, the Holy Ghost has been sent down and verily, we are not worthy, but He is worthy! It’s above all you can ask! How can it be possible? God puts it in your heart! He can do it. We have been hearing much about war loan and interest. Five percent! No! A thousand percent, a million percent! If thou wilt, if holiness is the purpose of your heart, it shall be, for God is in His place. Will you be in the plan according to the power that worketh, working in you? Whatever you are at any time, it will be by His effectual power, lifting, controlling, carrying you in constant rest and peace; it is according to the power that worketh in you. ‘Unto him be glory in the church by Christ Jesus through-out all ages, world without end. Amen”.

How to Decide WHEN Regarding Setting Financial Goals?

Why ‘Get Out of Debt’ Can Sabotage Your Financial Success

How to Biblically Leverage Opportunities

Prosperity does not equal Materialism

Money Lessons For and From Our Kids